When this tide is not for turning

Posted on Sunday, September 20, 2015 by exiteuthanasia 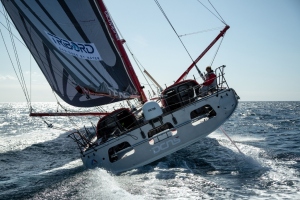 In 1935, a group of eminent persons proposed a bill to allow voluntary euthanasia under carefully controlled conditions.The first attempt to pass legislation to make euthanasia legal in Britain was the Voluntary Euthanasia (Legalisation) Bill 1936 introduced to the House of Lords by Arthur Ponsonby. The debate was not split along party political grounds and the Government considered it “outside the proper range of Government intervention and to be one which should be left to the conscience of the individual members of the House.” Sound familiar?

Bills have followed with predictable regularity: none have passed. That’s 80 years of some people dying very badly without any choice in the matter: people that could have been offered a painless and dignified end.

Death is not something generally that people want to think about. Not politicians, not the population generally.  There is an anxiety, a fear of thinking seriously about one’s own death and rational decisions cannot be properly undertaken until that fear is acknowledged and dealt with. At the same time, there is a desire to “do some good.” Once a person gives some money to a charity, whether it is for starving people in Africa or campaigning for voluntary euthanasia, there is a sense that one has “done something” and that relief allows us then to stop thinking about it. (This works whether the money actually does any good or not.) Funds pour into campaign groups but very few achieve their political objective. Experts on political campaigning agree that it s a very expensive business to do properly. There is very limited evidence for instance, if any, to suggest that campaign groups connected with legalising voluntary euthanasia have any effect. Change, when it has happened, mostly comes from the support of doctors’ groups, (except in areas where the public can vote on legislation as happens in certain places in the United States). Each week someone will probably contact Exit and excitedly mention a story in a newspaper saying something like, “Look! the tide is finally changing!” (This has been happening since 1980 so please excuse me if I don’t leap out of my seat!) The tide of public opinion changed ages ago. It remains steady at around 80 per cent.

Meanwhile, those who cannot wait another 80 years for legislative change, and can’t afford the costs of going to Dignitas in Switzerland, seek out information on self-euthanasia from groups such as ourselves (other groups are Final Exit Network in the USA and the Australian Group, Exit International, both of which have a high profile and strong campaigning aegis.) As the body behind the most extensive scientific information on the subject, Exit is the focus of hate campaigns from religious groups and occasionally relatives of persons who have died as a result of getting information often from other sources, such as the Internet. We struggle on with minimal funds, and have done so since 1980 (when we published the world’s first guide on self-deliverance). We do the best that we can without getting shut down.

Many years ago, Exit funded a feasibility study by Glasgow University to find the most effective way (a legally sound way with the most chances of success) of drawing up a bill on assisted suicide. Few politicians look at it. They mostly re-invent the wheel, not very well, and then ask us afterwards for our ‘support’. The Commission on Assisted Dying (Demos), a think-tank, also published a report: full of idealistic aims and safeguards that people argue over in a sort of amour-vanité of knowledge, of terminology, of ideals, without giving the slightest technical consideration to the most important practical question of all: will it get passed?

With the time, money and expertise put into such things, something could have been done, and wasn’t. The cycle has been repeated for 80 years this year. If the law can be changed to allow assisted suicide and voluntary euthanasia in acceptable way fro those that need and desire it, Exit will hang up its hat and close. Until then, there is a job to do. Next time you feel a thrill of support for a hope to change the law to benefit people in the (probably distant) future, maybe spare a thought for Exit, that is doing something for people now.

2 Responses to When this tide is not for turning